The Last Ultimatum – Part One 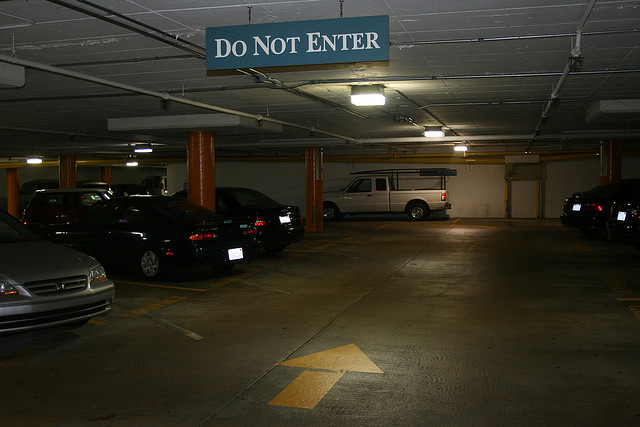 Photo by miss_rogue CC BY

Here’s the first part of a short story I’ve started writing. I’ve decided to post as I go, so this is “hot off the press”, as they never say. Thanks go to Richard Paterson for the title, which I’m doing a slow but hopefully interesting riff off of.

It was pitch black. Adam tried to look around, but having no head, failed miserably. Now that he thought about it, he didn’t seem to have a body either. A voice spoke.

Had he owned a body and a pair of trousers at that moment, one would have wet the other.

After the briefest of pauses, Adam found himself housed in a passable, if opaque, reproduction of his body. It was seated in a volumous leather chair, itself placed by a crackling fireplace in what appeared to be a study. Shelves of books lined the walls, while busts of stately men regarded Adam impassively, brows furrowed and jaws clenched with purpose. A sheet of pipe smoke hung lazily in the air like cloud cover.

Across from him perched an improbable man, feet beslippered, hands poised on the arm-rests, and reflections of the fireplace lapping on the dome of his head. After an inordinate length of silence, the man leaned forward and spoke. His voice was jovial and reedy.

“My dear Mr Simmons I’m sorry to say, but you’ve rather managed to decease yourself.”

“Yes indeed. For a man whose time is not yet up, this is just not done.”

“As you can expect, this can lead to all sorts of trouble. Hourglasses need to be emptied, people need to be informed, causality has to be given a hot tea and a lie down. It’s a bureaucratic nightmare, as you can imagine. It’s really more than my job’s worth. And the paperwork! Ugh!”

He threw his hands in the air. Adam stared blankly, mouth working silently, like a golfer taking practice swings. Eventually he managed,

The man stood up suddenly, head piercing the languishing pipe smoke like a Himalayan mountain. Feeling his grip on sanity begin to loosen, an image of climbing the polished cranium and planting a flag at the crest leapt uninvited into Adam’s head, and he choked back a guffaw. His host seemed neither to notice or care, and held his hand out. Adam took the proferred hand and was pulled swiftly to his feet and guided to the door. As he stumbled, his host continued talking.

“So this will be our little secret, hm?”

“I’m so glad we understand each other, Mr Simmons. But alas, here our paths must part”

He opened the door and prodded Adam unceremoniously into a grey office hallway. Adam turned back to catch a glimpse of this strange man, clad in smoking jacket and slippers, as he closed the door.

“I wish you all the best in your endeavours”

This last claim was punctuated by a crisp click as the door closed shut not an inch from his nose. Adam blinked. Seconds later he blinked again. It was actually only after several minutes that his activities extended to anything other than blinking. Eventually, he walked home.

1 thought on “The Last Ultimatum – Part One”