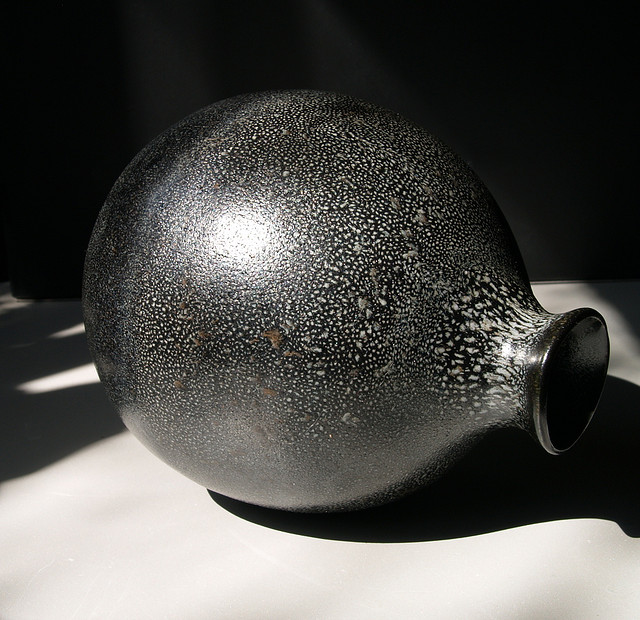 Photo by groggy_girl CC BY

So, my lung collapsed on Tuesday 22nd of June.

I woke up at my usual time, stood up, sat down. Stood up, tried to stretch, sat down again. It felt like a lead ball was sitting in my chest – every time I tried to take a breath, it would send a wave of – not pain – discomfort across my upper body. I shuffled around for a while, giving it a chance to dissipate, but it got worse.

If I were directing this film, we’d now cut to a montage of half-second shots spliced one after another: stethoscope placed on a back; blood filling a vacuum tube; a blood pressure sleeve inflating; the flash-click of an X-ray machine; EKG stickers ripping off a chest. After a swathe of tests, I was moved to a room and told to wait for a doctor.

“All the test were clear – you can go home!” she said, obviously expecting me to high-five her and scamper.
“Oh, great… What’s this pain then?”

“Maybe a pulled muscle?”
“Well, if it still hurts in a couple of days, should I come back?”
“Have you tried any pain killers?”
“Uh, no.”
“Try some… Cocodamol?”

She had no clue. I didn’t want to ignore the pain – I wanted to know what was causing it. To me, that’s like responding to getting shot in the stomach by changing your shirt. Nevertheless, sad little pack of painkillers in hand, I was sent home with an all-clear.

Two hours later I got a phone call from the same doctor.

It was infuriating. So I packed some overnight stuff and headed back to hospital. When I got there, I was assigned another doctor, who promptly informed me that I had spontaneous pneumothorax.

“What caused this?” I asked
“There’s no real cause. It tends to affect young, tall men – how tall are you?”

I was sitting down.

I didn’t have time to feel offended as she reeled off a number of things I’m now no longer allowed to do: Scuba diving, free diving, space travel. (Space travel! Looks like I’m never getting off this rock.)

And then, feeling like a seedy call-girl, I was undressed, drugged up and things were put in my body. The doctor had a fun time making room for my chest drain. I didn’t so much hear as feel a crunch as he broke through my intercostal muscle. Within minutes, a tube snaked its way from 6 inches in my chest to a tub of water on the ground. When I breathed, the water bubbled.

For a beautiful, glorious moment I felt the cinder block float off my chest and I sighed in relief.

Then someone stabbed me in the lung. In the space of 2 minutes, my lung had gone from sad deflated party balloon to majestic zeppelin, and there were 6 inches of tube in my chest. Oh the humanity! I have this image in my head of my chest waking up from the local anesthetic, looking around, seeing a big daddy tube and going “WhoaaaAA! Get this OUT OF ME!” I was shot up with morphine and left in agony for a few hours until my chest must’ve decided to just get used to it. And so began my 3 night stay in a mad house.

I was kept in a ward with 5 other guys, ranging from 50 to – really – 95. Fun crowd. The guy to my left spent the first night moaning in agony. Distraught, he cried for a nurse for about half an hour. Thinking he couldn’t reach his buzzer, I buzzed my own and the nurse came through.

I said, “Sorry, it’s not for me, but this guy was calling for help.” She jabbed my buzzer off and yapped “He can do it himself!” I was outraged. Here I was trying to do good for my fellow man, and she had the temerity to chide me for it! After all his moaning and agonising, when she asked him what the problem was he replied pathetically,

The next night, the man across from me – obviously delirious with fever or drugs – tried to escape. Since he wasn’t stable on his feet, the nurses had repeatedly told him to stay in bed. I watched him cast a furtive glance right and left, clamber out of bed wearing nothing but an adult-sized pair of nappies, and make a fucking run for it out the corridor. It was like the Great Escape. I buzzed a nurse and they caught him 3 hallways down. I don’t think I’ll ever forget the image I saw through the window to the corridor, of that near-naked man as he stumbled hurriedly to freedom, his glazed expression betraying an accent of hope.

When he wasn’t breaking out, Dave (we’ll call him Dave) spent his time sleeping, shouting at imaginary people, and stress-testing his Pampers. Terribly, I got used to it. I woke up on the third night to the sound of a meaty thud. Peering from my bed I just saw his two legs lying toes-down on the ground. I buzzed a nurse, made sure someone came, and went back to sleep.

Dave didn’t lack for competition. A man at the far end spent his time pulling his oxygen line out of the wall, grabbing his zimmer frame while lying in bed and sweeping it around dangerously, clattering cups and food all over the floor. So not an insignificant amount of my time was spent attempting to ignore the sound of oxygen hissing out of the wall, drinkware crashing to the floor, and hallucination-induced screaming.

The 95 year old man slept sitting upright in the chair next to his bed. He bore his illness stoically. During the day he’d shuffle up and down the corridor to stretch his legs. Every night he went to the bathroom and shaved, and the nurses told me that back home he looked after his wife. The dignity with which he held himself made me want to cry. I was sorry to leave without having spoken a word to him.

I’m now back at work, whittling days off the next 7 weeks until I can gingerly place trust in my lungs enough to start exercising again. In 7 weeks, with luck, it’ll be like nothing ever happened. But now I have a chink in my armour. It’s idiotic I know, but on an emotional level it took my lung collapsing to realise “Oh right, yeah, I’m not invincible”.

I should probably be clear – what I went through was nothing. At no point did I ever have to face my mortality, at no point was I ever in any real danger. My worst fate is that if it happens again, I might be forced to drop all forms of exercise. Compared to what so many people I know have been through or are still going through, it’s not even a drop in the ocean. It’s not a bead of sweat falling from a flea’s testicle into the Pacific.

But I can’t help feeling like King Xerces with a cut cheek, realising he can bleed, too.

And since we’re on a 300 kick, I’ll end with a quote from Richard, who kindly left me this message:

It’s just a lung. The Gods saw fit to grace you with a spare.