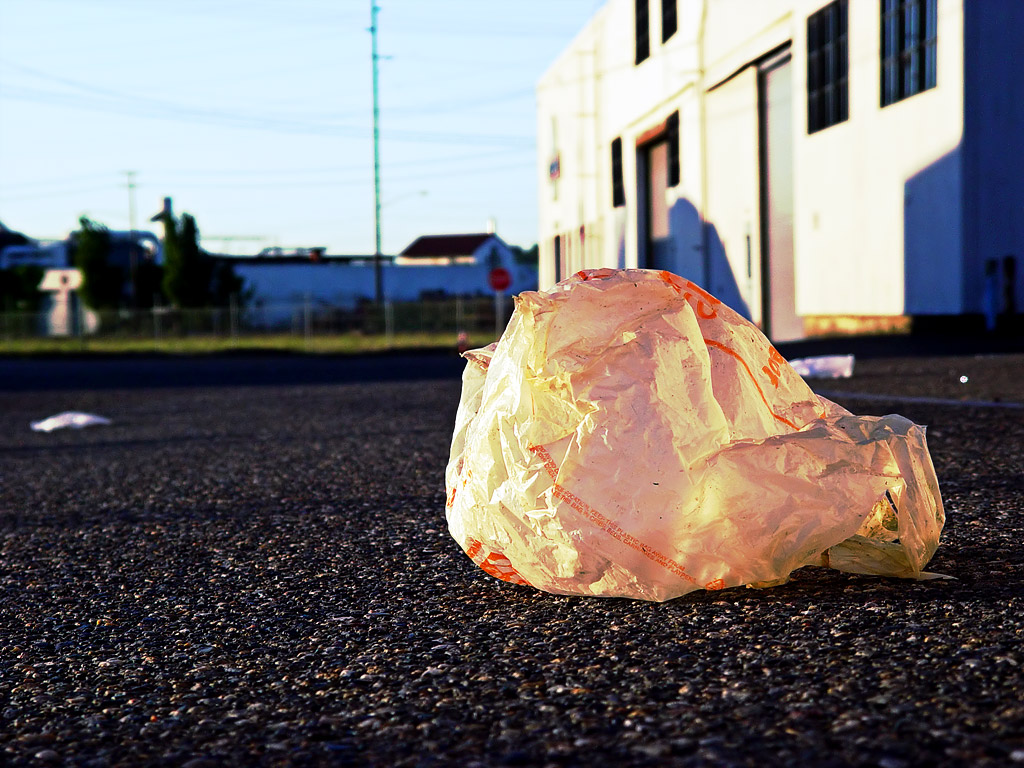 Photo by Kables CC BY

Biomechanically, I am not the man I was when last I typed at this laptop. I sit before you now with only one pleura. Technically, half of me is breathing like an elephant.

To drop the epic wordage for a moment, I’ve just come back from a stay in hospital after receiving a pleurectomy, an operation which basically consists of removing the lung’s protective outer-layer and gluing your lung to your chest wall. This was sadly a necessary step after falling prey to a second collapsed lung.

So how to summarise the whole experience? I’m now short a pleura, I have 5 new scars and I partially breathe like an elephant.

Oh yeah, the elephant boast. So most mammals (humans included) breathe by expanding their ribcage and lowering their diaphragm, creating a vaccuum in the sealed chest cavity. This vaccuum causes your lungs to expand and inhale air to fill the space that your expanded torso has created. The space in between the lung and the chest wall is known as the “pleural cavity”, and basically gives your lungs some leeway when it comes to expansion. Elephants are unique in that they don’t have a pleural cavity – their lungs are fixed to the insides of their chest, meaning that their breathing mechanism doesn’t rely on vacuum: their lungs expand because they are attached to the expanding chest walls. This allows for greater sucking power (too easy, move along) and is why they are the only mammals who can breathe submerged.

The doctors essentially obliterated my pleural cavity by removing my pleura, roughing up the outside of my lung, and letting the blood and inflamation create a seal between my lung and my chest wall. My lung now expands because it’s stuck to my chest, just like an elephant’s.

If anyone has any French elephant jokes, you will never get a better chance.

So my hospital stay started off pretty banally – I went in the day before my op and was subjected to the usual tests: blood, xray, ECG, MRSA. During admission, the nurse put a paper bracelet around my wrist with my name, consultant, date of birth and a barcode printed on it.

She then took my other wrist and wrapped an identical bracelet around it.

Which is the type of sensible, pragmatic answer that makes you feel like a nob for ever joking about the topic at hand. The kind of answer where the only valid response is to nod dumbly and make a mental note to re-evaluate your life.

The next morning was similarly uneventful. I woke up with the Zen serenity one can only feel when everything is now out of their hands, and the pre-op soporific was unnecessary. I was wheeled down to the theatre and moved onto the operating table, where an oxygen mask was placed over my face. There was something incredibly strange about seeing half a dozen people gathered around, watching, waiting for me to fall asleep so they could get on with their jobs. It felt sort of humbling to realise that for the next couple of hours, the lives of these 6 people would revolve entirely around me and my well-being. I stared up at the UFO-dish operating lights and felt my limbs tingle. The anaesthetist was speaking.

“You might feel something cold on the back of your hand. That’s the anaesthetic. It’ll feel quite pleasant, like a pint of beer.” He paused, “Then the rest of the keg.”

I laughed “Oh good. Thought you were calling me a lightweight.”

The last thing I remember is feeling my limbs go numb, looking up at the anaesthetist and mumbling “This is interesting.”

The transition from lying dopily on the operating table and lying dopily in post-op felt like a movie fade – I knew, logically, that time had passed, but I hadn’t felt it. It’s the sort of cut that I’d only previously experienced after blunt head trauma. I felt fresh as a daisy, and asked the nurse sitting at my bedside what time it was. We chatted for about 20 minutes before I realised that I had been asking this guy the same questions over and over, and he was casually answering them the same way every time.

I asked him how long I’d been awake and he told me “About an hour.”

What? But I’d only woken up 20 minutes ago! I then got a couple of random memories of discussing meditation and other random topics; scenes which I had no recollection of having ever experienced, but which sat there in my mind like disgarded puzzle pieces. The memories were set in the same room that I was currently in, and featured this guy, so I just had to accept that since I’d never been in this room before, those moments must have occurred well, moments ago. I asked him if I’d been talking total shite and he gave me a charitable “Nahh…”

The rest of the day passed in a series of fade-in/fade-out moments as various people managed to snatch conversations in between my blackouts. The doctor said everything had gone well, and not at all disturbingly, that my lungs were nice and pink. I remember a lot of eating. I found myself thinking “That was a piece of piss”. I couldn’t believe how well I was handling it.

“I am a fucking Spartan.”

The next morning, I discovered the source of all my power was hanging from a dripstand to the left of my bed. I woke up at 6AM in agony, wondering what had happened overnight to cause me so much pain. A nurse pointed out that I hadn’t self-administered any morphine overnight. I beeped a dose and felt some of the pain ease away. Three minutes later, when I was allowed another dose, I beeped it. Three minutes after that, I wrote myself another prescription. This went on until eventually the pain disappeared, and my brain melted.

I spent days swept up in the haze of a morphine high. Confined to my bed, I dozed and dreamed, only able to observe placidly as my mind unspooled itself and leaked out my ears. Battered by stroke after stroke of genius, I struggled desperately to keep track. I resorted to memorisation techniques to store all my ideas – using the Loci method, I placed idea-tableaus around a mental reconstruction of my house. In the hallway was a frozen game of Execution Bingo. In the living room, a ninja cutting a man’s head off with the blade of his hand.

I eventually discovered I could force hallucinations. I closed my eyes and thought “Falling from the sky” and wham-

I was above the clouds, unsupported, clothes buffeted, face blasted by the force of the wind as I hurtled towards the ground. I took a moment to observe the world spread out below me like a map, stretching into my periphery, and then-

A nurse walked in cheerily, bringing in cereal. I looked at my watch and realised it was 8AM of the same day. It had only been two hours since I’d woken up in pain. I clambered out of bed and dumped myself into a chair, making a mental note to just put up with the post-op pain. I caught the nurse’s worried look before she said “We’ll get you off that morphine today, eh?” and all I could reply was “Thank God.”

My body spent the rest of the day punishing me for that morning’s abuse. I went from supernova to white dwarf as my brain was crushed to the size of a grape. System-wide shutdown. Activate secondary power units. Disable all non-essential functionality. I sat in a chair and felt as if my universe had collapsed in on itself. It was horrible. To top it off, I’d noticed earlier that sitting or standing up brought on terrible waves of nausea. And so, slumped upright in a chair, I felt the stirrings of a revolution in my stomach.

By 11AM I had closed myself off to the outside world, battling nausea, waves of heat and cold, and the unsettling feeling that my brain was about to collapse into a singularity. It was during this period of ill withdrawal that my replacement doctor paid me a visit (my original, excellent, consultant had left after my operation), accompanied by the usual awed entourage of nurses and trainees. One of the nurses warned him “He’s feeling quite sick at the momen-” but was cut off with a hand gesture.

Curled in my chair, my face in a paper-maché bowl, I managed,

Then withdrew into my shell. The nurse asked if I could get a few minutes to recompose myself, but again he waved his hand at her and asked me how the pain was. I could still feel the morphine numbness. I told him it was alright.

He turned to the nurse and said “He’s not in pain, he does not need painkillers” which brought me partially out of my stupor.

“Well, the pain’s alright because of the morph-”

“Take him off the morphine, nurse,” he said, and pointed decisively at nobody in particular. “It is this drug which makes you ill, young man,” he said, his face inches from mine.

With that, he straightened up and hurried out, obviously eager to beat the new personal record he’d just set for number of sentences interrupted in one sitting. At the door, as an extra kick in the nads, he ordered that I be given daily anti-clotting injections in the stomach.

On the second day after my operation, I was visited by the third and strangest doctor. Short, agitated and clambering for an air of gravitas, he paced up and down my room as he listened to a summary from the nurse. Insanely, he refused to acknowledge that I was sitting in the same room, instead posing his questions to the nurse, who found herself having to pirhouette awkwardly between myself and the good doctor, asking me his questions and relaying my answers. It was quite possibly the maddest situation I’ve ever found myself in – I thought I was in a Marx Brothers sketch.

Eventually this psychotic panto ended (or rather, changed venues) and I was left with a directive to stay in hospital another night. An anonymous author had written on my file “Leaving on Sunday” which had thrown the flustured doc completely, causing him to ask wildly,

“But that is tomorrow, why is he not leaving today? Who has written this? Why did they say tomorrow and not today?”

The unnamed scribe had unfortunately left no indication of their reasoning, and rather than apply his own (God forbid), my manic doctor decided to just go with it and kept me in another night for no discernible reason. The next day, I packed up my things, gave the nurses a sketch I’d drawn, and left.

And that, rather lamely, is that.

I feel I’ve probably protrayed my stay rather disingenously, implying the place was run by madmen and incompetents, which couldn’t be further from the truth. The fact is that I had an excellent consultant and surgeon, an incredibly competent anaesthetist, and for the most part, lovely nursing staff. It’s testament to all their skills that 72 hours after surgery I was back home in only the slightest pain. If anyone has the misfortune of needing a hospital stay but the fortune of being able to choose where to go, I’d highly recommend the Golden Jubilee.

And if you’re nice to the nurses, you get extra toast in the evenings.