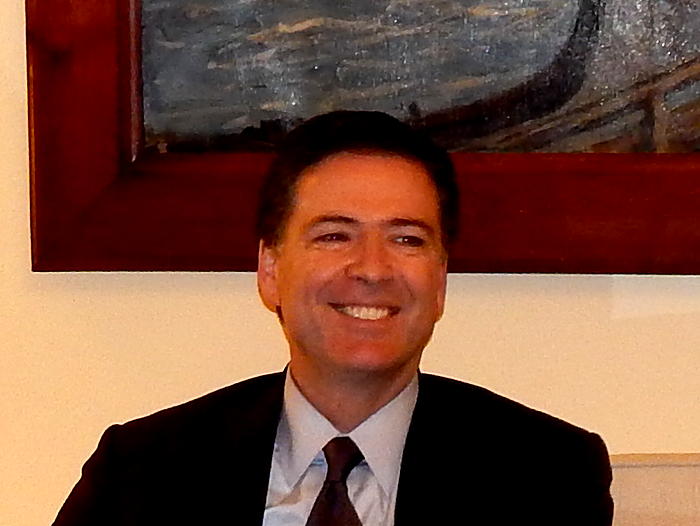 The FBI has asked Apple CEO Tim Cook to “be a bro and just unlock this iPhone”, it can be revealed.

In a phone call last Friday, FBI Director James B. Comey was quoted as saying “Hey buddy do me this favour will you? The boss is bustin’ my balls here.”

He reportedly continued, “It’ll just be this one time, I swear.”

The friendly mano-a-mano request quickly turned to pestering after repeated refusal from the Apple boss, who replied “Listen man even if I wanted to, I wouldn’t be able to,” to which the reported FBI response was “Bullshit.”

Discussions between the two parties continued over the weekend but have reportedly escalated into irritated hectoring, with sources close to the pair revealing the powwow wasn’t far from becoming “full verbal assault.”

These latest revelations will not be welcomed by the FBI after last week’s embarrassing news that agents had attempted to get into the device by calling Apple’s support helpline and impersonating the deceased owner.

The ruse failed after requests for the security question were answered with “Look buddy just help me out here”.