Does not commute: IT boffin and ex-Londoner Paul Tunnock crunched the numbers and saved himself a fortune.

After 8 years of living and commuting within the larger London area, tech whiz Paul Tunnock, 41, had finally had enough of London’s extortionate house prices and cost of living, and turned his prodigious programmer talents to finding a solution to his money woes.

The gleeful geek typed up an algorithm which, after plugging in a series of spreadsheets of housing market data, wages, and cost of living indices, clunked out an answer. The machine’s advice? To not live or work in London.

“It was really quite obvious in retrospect,” laughs Tunnock, who promptly upped sticks and moved his family to Clackmannan in Scotland.

“My wife wouldn’t believe it at first,” he continues, sitting on a bench in Johnstone & Cochrane Park, shoulders hunched against the wind and driving rain.

“She kept crying and asking me if I was serious. But the machine doesn’t lie. We’re living the dream out here. Yesterday I bought a car for the price of a mixed salad!”

Tunnock’s revelation comes months after fellow ex-Londoners Gary Bule and David Lawrie performed their own great escapes: the former commuting from Barcelona, and the latter from the beaches of Barbados.

So I’ve agreed to start writing for a news satire website (because the internet clearly needs another one) that a couple of my friends set up: British Bull (note the url for a clearer indication of the level of humour we’re aiming at here)

That said, please check out my first article and leave any comments below. 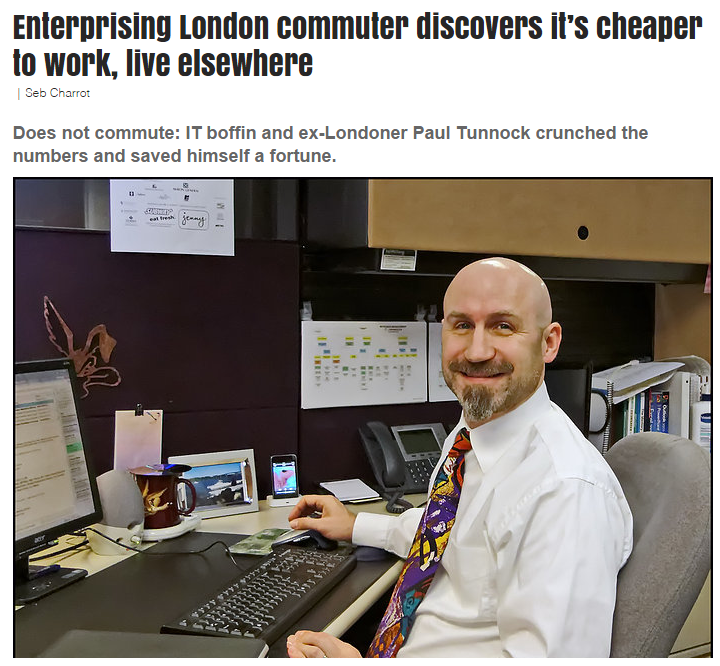